VACCINES: HOW A MILLENNIA-OLD LIFESAVER WAS AND STILL IS CONTROVERSIAL–Part 2

Surprise: Anti-vaxxers are nothing new

Opposition to vaccination is not a 20th-21st century phenomenon. It has been prevalent for much longer than many may realize. Here’s an intriguing anti-vaccination flyer from 1807 called “The Vaccine Monster,” clearly designed to engender feelings of suspicion, disgust and fear.

Another flyer from 1894 was accompanied by text warning of the dangers of vaccination.

Notice the reference to vaccines being poison and not only ineffective, but actually producing death. Most important is this sentence: “Any dogma of a class, medical or religious, that needs the fostering care of legislative enactment to force it upon the people, shows inherent weakness and condemns it at once among all men.” It also claims that the smallpox vaccine caused greater mortality than smallpox itself.

In Part 1 of this two-part series, we saw how important the smallpox vaccine became as a preventive measure against a grossly disfiguring and highly contagious disease. By 1902, smallpox vaccination was well established in Boston. Nevertheless, the disease stubbornly hung around, and officials took drastic measures. For instance, public health doctors, accompanied by guards, went to the railway yards and forcibly vaccinated “Italians, negroes and other employees.”

In 1902, Cambridge’s Board of Health mandated smallpox vaccination for all residents who had not been vaccinated since 1897. But a naturalized Swedish American called Reverend Henning Jacobson refused to take the vaccination, claiming that Sweden’s mandatory vaccination when he was six years old had caused him “great and extreme suffering.” He was convicted and fined $5, which he refused to pay. 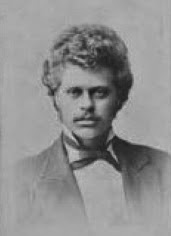 In a legal brief, Jacobson stated he rejected a law that compelled “. . . a man to offer up his body to pollution and filth and disease,” on the basis of the 14th Amendment, which states in part, “No state shall make or enforce any law which shall abridge the privileges or immunities of citizens of the United States.”  Of note, Jacobson made dire references to vaccinations (“filth and disease”) that echoed those of the 1807 “Vaccine Monster” flyer. The Jacobson case went to the U.S. Supreme Court, which held that individual liberty is not absolute and is subject to the police power of the state. Jacobson lost the case.

But in 1926, a group of health officers who went to Georgetown, DE to vaccinate the townspeople were met by an armed mob led by a retired Army Lieutenant and a city councilman. The “vaccinators” were driven out. If any of the residents of Georgetown were aware of the 1905 Supreme Court ruling, it evidently made no difference to the ire directed against the authorities.

In 1935, two separate polio vaccine trials using killed and attenuated poliovirus resulted in catastrophic morbidity and mortality in many subjects out of the 11,000 total number of people vaccinated. This doesn’t say vaccines are bad; rather it emphasizes the absolute importance of conducting careful trials before a large number of people are administered a vaccine. In 1953, Jonas Salk produced an injected vaccine for polio using a killed virus, and in fact he injected his own family members with it. In 1959, Albert Sabin brought out his oral attenuated virus, which was tried out on, strangely enough, Soviet citizens. In modern times, only the inactivated (injected) poliovirus is used in the U.S., while other countries use the oral form. Throughout the 1900s, many of the vaccines with which we’ve come to be familiar, e.g. mumps, measles, rubella, rabies, diphtheria, pertussis, meningitis, and chickenpox were developed. In 1972, the smallpox vaccine was no longer routinely administered in the U.S.

The “Case” Against Vaccines

The objections and resistance to vaccination fall into a number of categories:

Individual Liberty
All those above reasons aside, a powerful theme that has run through the anti-vaxxer’s cry from way back in the 1800s until the present day is a strong objection to being told what to do by authorities. People go to a physician for a sore throat and demand antibiotics, but being asked to take a vaccine to prevent illness is a different matter. That is an imposition on one’s freedoms, as is wearing a mask to prevent spread of Covid. There are emotional, cultural, and ideological objections to vaccination. Conservative people are less likely to accept or recommend vaccination. Donald Trump has used Twitter to perpetuate the long-debunked linkage between autism and vaccines since as far back as March 2012. However, a well-known liberal, Robert F. Kennedy, Jr, also is a vaccine skeptic.
Suspicion of government and the perception that authorities are trying to take away personal freedoms are often tied to any number of dark conspiracy theories. These are sometimes triggered by signals from sharply partisan individuals with a platform, such as conservative TV and radio hosts, celebrities such as Jenny McCarthy and leaders such as President Trump, who has cast aspersions on the CDC, for example. The tangle of ideology, politics, and conspiracy theories is complex, and unfortunately it can have negative and dangerous consequences when it comes to vaccines and vaccination. Since the 19th century, we have made tremendous progress in science and technology, but for some, that “Vaccine Monster” of 1807 is still a reality.
VACCINES: HOW A MILLENNIA-OLD LIFESAVER WAS, AND STILL IS, CONTROVERSIAL

Thank you for this article. It is interesting to learn that these false ideas about vaccines have been around for centuries. There is truly nothing new under the sun.

Indeed! I myself was surprised how far back the history goes.

This site uses Akismet to reduce spam. Learn how your comment data is processed.